Braves/Mets postponed due to rain 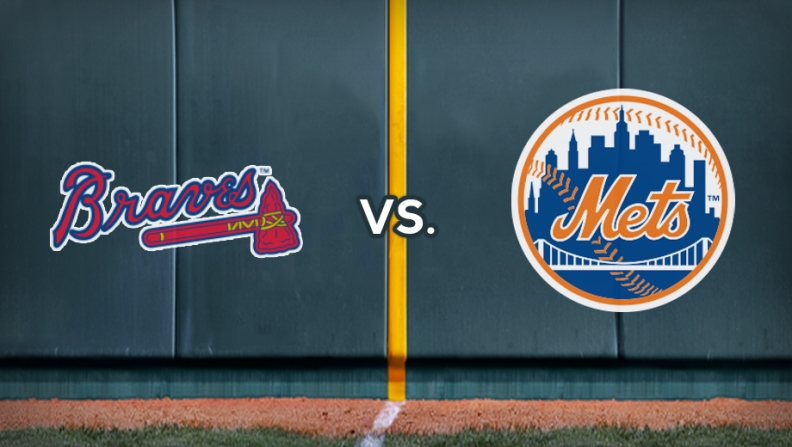 Before the final game of a four game series with the Mets, the Braves were informed that the game may be postponed due to forecasted weather in the area. After monitoring the radar throughout the day, the Braves and MLB decided to allow the game to be played.

The game started on time as usual with Braves pitcher, Jaime Garcia, taking on Mets, Zack Wheeler.  In the top of the second the Braves once again gave up the first run of the game to the opposing team. Freddie Freeman was able to respond with an RBI double to score Brandon Phillips in the bottom of the third.

The game was back and forth until Garcia gave up a walk to Asdrubal Cabrera in the top of the fourth when it began to drizzle. Garcia then gave up a moonshot to Jay Bruce who sent a 2 run blast into the “Chophouse”, putting the Mets up 3-1. At that point in the game, the drizzle became rain and started to really come down causing the grounds crew to run on the field and put the tarp in place.

After a 1 hour and 59 rain delay, The MLB made the call to postpone the game after only 4.2 innings pitched. According to MLB rules: A regulation game is 4.5 innings if the home team is leading or 5 innings if tied or the home team is behind. If a game is called for weather before becoming a regulation game, the game is wiped off the books as if it had never happened and has to be replayed in its entirety. So as it stands the game played today didn’t count and the Braves after their bullpen was manhandled last night get a much needed night off.

With this series officially over, the Braves look ahead to a three game series with the Cardinals starting tomorrow night at 7:35pm EST where they will send pitcher, Mike Foltynewicz to the mound to face Cardinals starter, Lane Lynn.