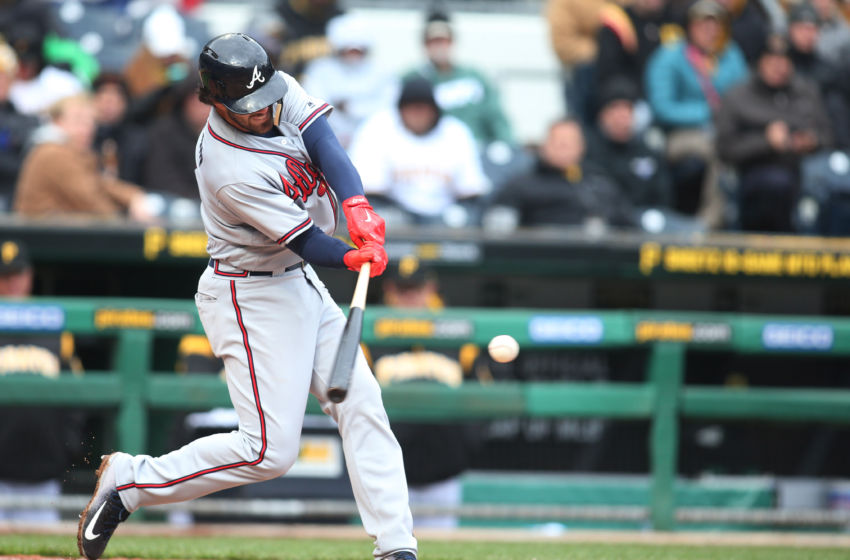 With the All Star Break a little more than one week away, the Braves looked to gain some ground on the faltering Washington Nationals who have lost three straight ball games allowing the Braves to inch themselves to 7.5 games back.

On Saturday afternoon, R.A. Dickey took the mound, sporting a 4.63 ERA, with the opportunity to help seal another series win for the Braves and he did just that! Dickey’s signature knuckleball danced around all day causing an already struggling Oakland Athletics team to strike out four times in 6 innings. After giving up a season high eight runs to Washington on June 16th, Dickey has looked like a completely different pitcher and has only allowed two runs in his last three starts which included one that he gave up today to Athletics, Ryon Healy, who singled in a run in the bottom of the 4th.

Although Dickey was the stud on the mound, the lime-light shined brighter on Braves’ shortstop, Dansby Swanson. After Swanson had a difficult first month and a half, he has really come on strong in the month of June, helping keep the Braves offense afloat with the absence of Freddie Freeman in the lineup. Swanson has continued to show flashes of what the Braves hope to see out of him for many years to come and this afternoon was no different.

With a runner in scoring position, Dansby laced not one but two doubles that sent Danny Santata home, ultimately putting the game away and allowing the Braves to win their third straight game.

The Braves look to sweep the Athletics tomorrow starting at 4:05pm ET