Mike Foltynewicz strikes out 11 to clinch series vs Marlins 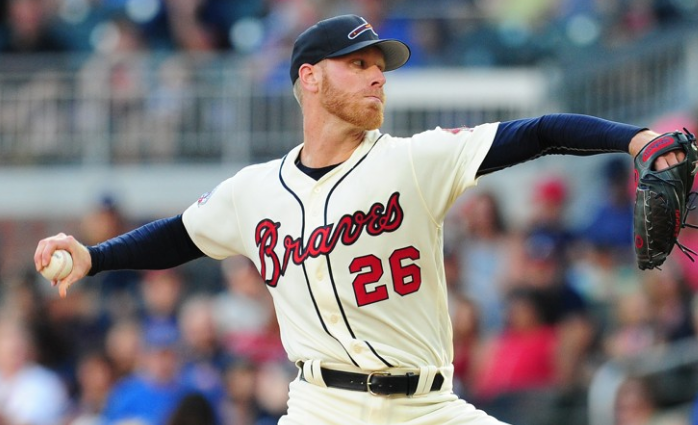 Coming off a rough outing on July 31st against the Phillies where he only lasted 4 innings after giving up 5 runs on 7 hits, Folty as Braves fans call him, looked to get back on track and secure his 10th win of the season.

At the start of the year, everyone thought that Julio Teheran would be the workhorse of the rotation but now over 100 games into the season, its starting to look like Folty is the most consistent and gives the Braves the best chance to win everytime he is on the mound. During Folty’s starts the Braves are 13-3 and always seem to find offense to back up his outings giving him the victories he deserves.

Last night was no different, while his pitches consistently found the outside corner of the plate and his slider having serious movement, Folty was able to stay out of trouble and rack up a career high 11 strikeouts in 6 innings of work. Most of his strikeouts came when Marlins were swinging at high 97-98 outside corner fastballs and were unable to connect.

Foltynewicz gave up only 1 run courtesy of a Giancarlo Stanton 446 ft home run in the top of the 6th, but the Braves instantly responded with a RBI single by Freddie Freeman, followed by an RBI double by Nick Markakis putting the Braves up 2-1 and the scoring didn’t stop there! In the bottom of the 7th the Braves received a 2 run RBI single by Brandon Philips and a 3 run home-run from Freddie Freeman pushing the lead to 7-1, ultimately closing the door on a comeback for the Marlins.

The Braves look to sweep the Marlins tomorrow by sending out Rookie Lucas Sims to face the Marlins best pitcher, Jose Urena at 1:35 ET.

Join me in Congratulating Mike Foltynewicz on win #10 and career best 11 strikeouts!