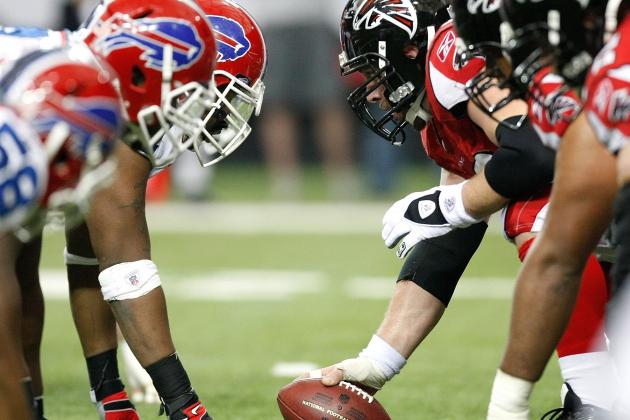 After a quick 3-0 start to the 2017 season, the Falcons are set to play the Buffalo Bills in only their 2nd game at the new Mercedes Benz Stadium. With the kickoff set at 1:00 pm, there are a few keys to victory for the Atlanta Falcons.

In the last meeting between the Buffalo Bills in 2013, the Atlanta Falcons barely squeezed out a 34-31 victory in overtime. In a game that was dictated by the run, look for the Falcons to continue that trait as they have been almost unstoppable this season. Led by RB Devonta Freeman, who through three games has 227 yards and 4 TD’s on 52 carries, he will try to extend his great play come Sunday.

Following a hard fought victory against Detroit last weekend, there has been some questions about if Julio Jones is healthy after landing on his back wrong.  Another question is if Ricardo Allen will play after being hit in the head, and if Courtney Upshaw will be available after an ankle injury. With all these questions, the only good news comes in the form of Julio Jones. Jones was removed from the injured list on Saturday and looks to be a full go. In the place of Ricardo Allen, rookie Damontae Kazee will get the start at free safety. With a bye week coming up next week, I wouldn’t be surprised to see all those players back out on the field against Miami on October 15th.

Now for the Keys to Victory for ATL:

Buffalo known for slinging the ball around with QB Tyrod Taylor, anticipate Atlanta rushing the QB with Takkarist McKinley and Brooks Reed. By rushing the QB they will try to limit the 20+ yard completions. (since Taylor has connected on 9 of them this year)

LeSean McCoy after having a breakout game in Week #1 with 110 yards, has been silenced the past 2 weeks with a combined 30 yards. McCoy makes up his lack of running with his receiving as he has 82 receiving yards on 13 receptions. Key for Atlanta is to tackle him in the open field, if they are unable to do that they will allow Buffalo to get the explosive plays they need in order to keep the game close.

In a game where mostly everyone sees this as a win for the Falcons because the Bills are so one dimensional, Atlanta isn’t totally healthy. Key for Atlanta offensively is to get Julio involved early, get Austin Hopper involved vertically and in the passing game, and constantly rotate out the running backs for fresh legs.

Defensively for Atlanta they need to play disciplined football. After last week where they gave up multiple pass interference penalties and allowed Detroit to creep back into the game, I’m sure they practiced and made it a point to not be so physical past 5 yards of line of scrimmage.

If Atlanta can handle their business, stop the Bills big plays, and run the ball effectively, this game is going to be theirs and they will start off 4-0.