Georgia Moves up in AP Poll after a 7-0 Start 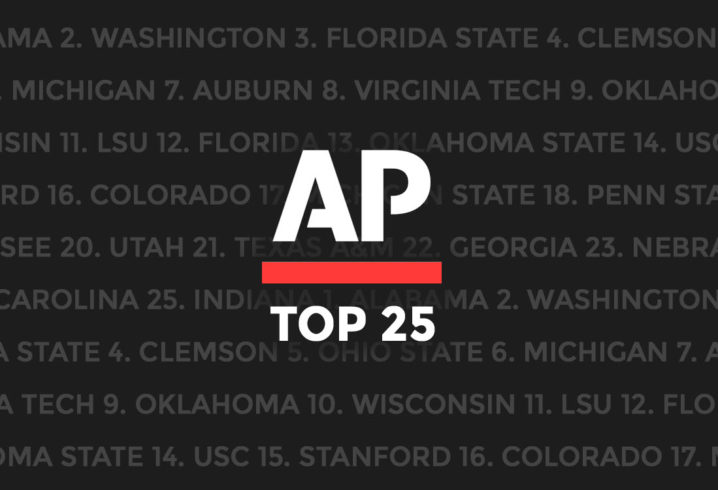 On the weekend of the dreaded “Friday the 13th”, the upset alerts were in full force!
After No. 2 Clemson and No. 8 Washington State both lost to unranked teams on Friday night, many analysts had second thoughts about their picks.

As Saturday rolled around, college football became the sport we all love. After looking at the match ups on paper, none looked to be really close fought battles, but Saturdays never seem to disappoint!

Georgia Tech was projected to beat No.11 Miami and almost did until a last second field goal sealed their fate. By mid-day the college football world saw yet another upset in No. 10 Auburn losing to LSU. At the end of the day and all was said and done, No. 5 Washington, No. 19 San Diego State, No. 24 Texas Tech and No.25 Navy all lost to UNRANKED opponents.

With Georgia looking to be the superior team against 1-4 Missouri, they had some difficulty getting to the QB and gave up 2 long TD’s that kept the game close in the 1st quarter. Their offense wouldn’t let up and they racked up 696 total yards and won the game 53-28. In doing so they moved to 7-0 and look to move up a spot in the AP Poll.

The AP Poll released their 2pm Week 8 standings and like everyone expected, Georgia moved up to No. 3

The Bulldogs now have a bye week before heading to Jacksonville to face the Florida Gators on October 28th at 3:30pm.