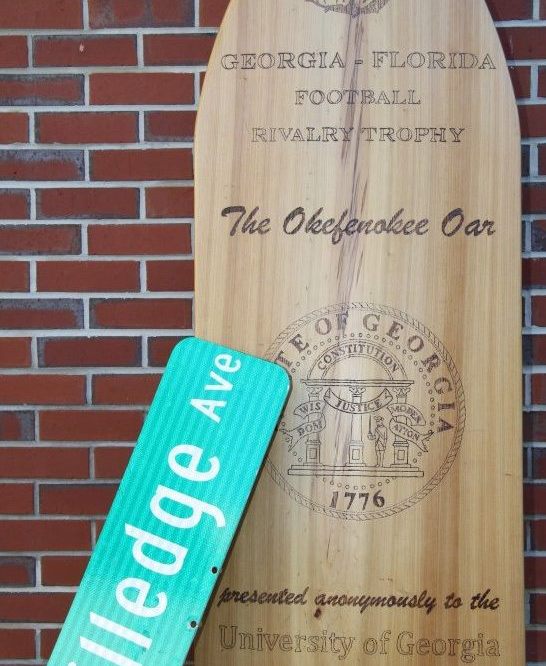 Georgia, It’s Time We Talk About Florida – and About the Game 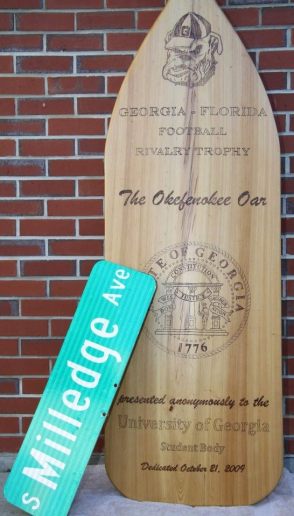 It is that time of year again – time for the annual migration of the Georgia faithful to the coasts for, the occasional, week-long celebration that culminates in the World’s Largest Outdoor Cocktail Party. It is also the time that Georgia addresses a major issue – the Florida rivalry. Ask any Dawg and you likely know, this rivalry has not exactly gone Georgia’s way as of late. As of late meaning the past thirty years. To put it in perspective, before the 2011 – 2013 win streak, you would have to go back to 1989 for the last multiple game win streak for Georgia. Florida however has seen five win streaks, amounting to 3 (2014 – 2016), 3 (2008 – 2010), 2 (2005 – 2006), 6 (1997 – 2003), and 7 (1990 – 1996). In that same span, Florida has had 14 double digit wins over Georgia to Georgia’s mere 5 since 1987. To make matters worse, in the past three games, Florida with an anemic offense has beaten Georgia by a combined score of 89 to 33 and some of those points for the Dawgs were during mop up duty. In the words of the rather bold UF wide receiver Josh Hammond, “They might be the No. 3 team, but they can’t beat Florida.”

Now, you may ask, “Why are you putting me through this shock therapy level history lesson?” Well, it is important to emphasize just how important this rivalry is. Simply put, the University of Florida is the only consistently good program on UGA’s regular schedule. Tennessee is in a decade long turmoil; Auburn has its years but seems to be prone to complete meltdown seasons; and Spurrier has finally left South Carolina. Florida is UGA’s measuring stick. Beat Florida and you likely take a hold of the East. Beat Florida and you’re likely a legitimate SEC contender due to both Florida’s talent and its mental edge over UGA. If you can overcome both, it is likely that this would be a good UGA team – see 2004, 2007, 2011, 2012, some extent 2013 (granted would have been better if not for the insurmountable injury toll). These seasons all were great seasons arguably for UGA, with 2013 being the only exception. During these years, we beat Florida and it ended with a lot of national attention and some SEC championship appearances. Thus, the number one measuring stick for Georgia is Florida – and UGA must win because currently statements like the one that Josh Hammond said are arguably not wrong.

Yet, let us not be all doom and gloom – let us talk about this game. The Dawgs have a lot of good things going for it going into this game. For instance, Florida is still fielding an anemic offense with a quarterback who is still trying to establish himself while leaning heavily on the running backs and defense – while Georgia is fielding a potent rushing attack that now has an emerging Quarterback in Jake Fromm. Florida’s defense however is not as heralded as in years prior – giving up 100 more yards on average than Georgia’s. To top that, Florida’s pass defense is not as fearsome in the past years either and will help Fromm stay comfortable and likely make plays if the offensive line continues to play at the level it has been playing. The major concern lies in two facets for Georgia – the ability to beat the mental edge for Florida and lock down Tyrie Cleveland. Seeing as we covered the mental edge and nauseum, let’s talk about the latter. Florida receiver Tyrie Cleveland has had a good season when it comes to the Florida offense – he has accounted for nearly half of Florida’s receiving yards. If Georgia can lock him down and take him out of the equation, you will likely see Florida struggle to do much during this game because Franks will not have his safety target and the running game will likely be off the table. Georgia has been stout against the run all season and figures to back to peak form with the return of Trent Thompson. If all things go to plan, Georgia should win big on Saturday. With that said, the Cocktail Party is always a crazy one – let us just hope we bring home that Okefenokee Oar around 7 p.m. Saturday evening.