With #1 Alabama on a bye week, Georgia looked to solidify their #3 ranking when they headed to Jacksonville, Florida to face UF.

The past three years Georgia has been the team thought to win the game but have faltered every time. With Georgia coming in with a 7-0 record and momentum on their side, looked to be the superior team and they showed it in the first quarter. After going up 21 to 0 halfway through the first quarter, Georgia put the nail on the coffin early in the game which led to a blowout 42 to 7 victory and a 8-0 record.

With #2 Penn State and #4 TCU both losing, Georgia was thought to move up to #2 in the AP poll.

That thought became a reality on Sunday afternoon at 2 PM when the new poll came out placing Georgia right below #1 Alabama in the #2 spot. 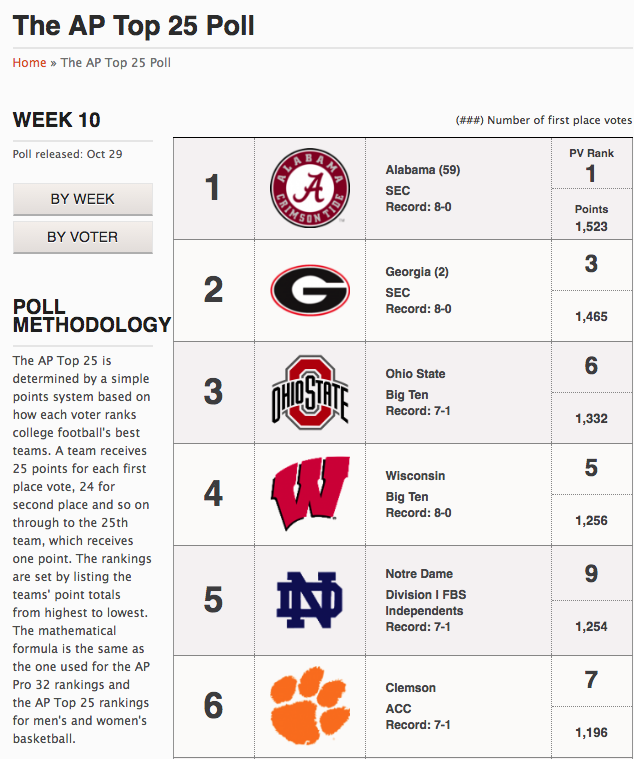 With everything looking perfect for Georgia, they now head back home to play a pretty good South Carolina team who boasts a 6-2 record.

With the target even bigger on Georgia’s  back with such a high ranking, Kirby Smart must keep his players focused at the task at hand.