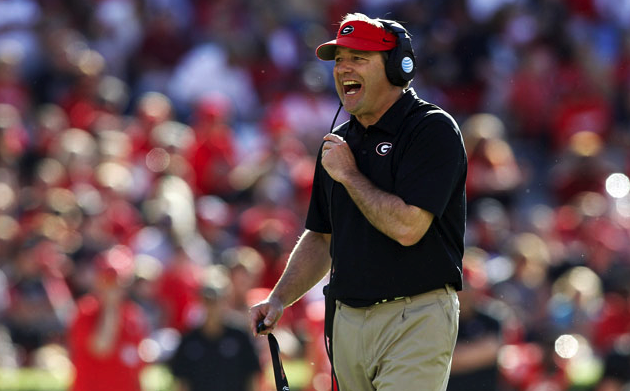 Following a 9-0 start, the first since 1982, Coach Smart now has to get the duty of preparing his players for a battle against the Auburn Tigers on Saturday November 11th at 3:30pm.

In a noon press conference, Kirby opened up by saying that he is preparing to face a fantastic Auburn team and that their OL will be the toughest the Dawgs will have faced this season. Coach Smart also had very high praise for Auburn RB, Kerryon Johnson and said he has been running “wild” on opponents.

When asked about winning the SEC East, Kirby responded with “its always onto the next opponent.” With Georgia not having a go to WR in year’s past, Kirby said that Javon Wims has become Fromm’s go-to-guy.

Coach Smart has a sense of comfort knowing that freshman QB, Jake Fromm has played in an environment at Notre Dame and came out victorious. With Fromm experiencing that situation earlier in the season, it has helped develop him throughout the season. Coach Smart closed the presser by saying the “past doesn’t affect the present” by saying that, he sent a message to his players and Auburn that they are going to play physical grown man football.

The #1 Georgia Bulldogs will face the #14 Auburn Tigers at Jordan-Hare Stadium in Auburn, Alabama on Saturday November 11th at 3:30pm CBS.