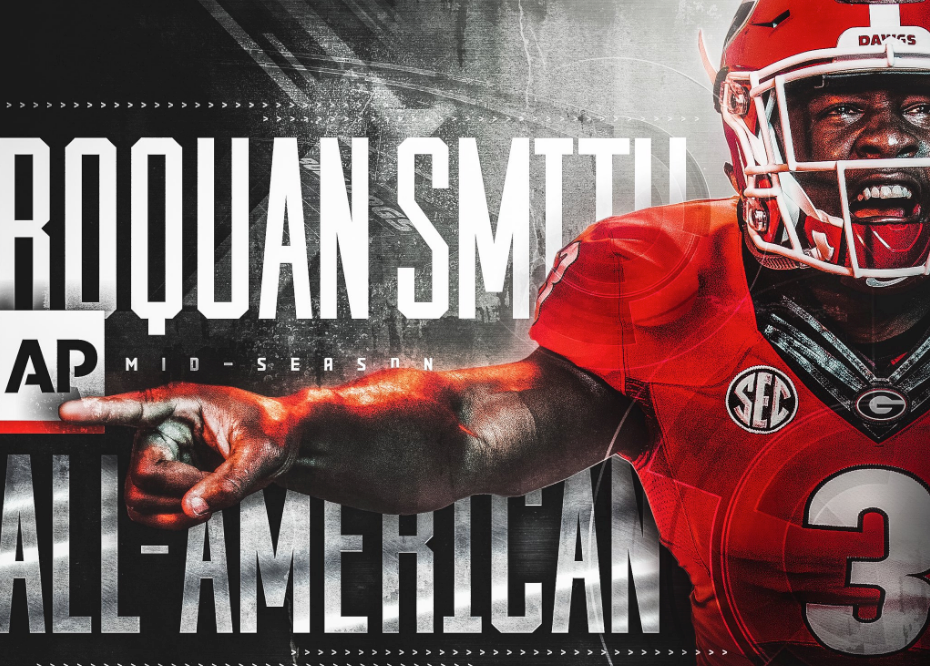 On Wednesday morning it was announced that Roquan Smith, Georgia’s leading tackler and heart of the defense was named to the Mid Season All American Team.

The Junior LB has put up staggering numbers this year with 53 total tackles and 1 sack in 7 games played. With his physicality and explosiveness, Roquan is able to move from sideline to sideline and stop the ball on a consistent basis.

Roquan also being one of the leaders on the LB group, is able to communicate plays and move players around in audible situations which makes him a key piece to that defense.

As long as Roquan continues to ball out and play well, there should be no reason for why he doesn’t end up on that All American team at the end of the year.